Welcome to my personal blog!
If you're looking for gadgets, like translate, archive, subscriptions, blog list etc. Scroll to the bottom of the page, any page, they're all down the very bottom of each page. The Main website for this NQR Blog is Darin's Website this site is the Blog for the linked main domain!

In my previous post I touched on the Broadlink RM Mini 3 Black Bean, this post will go into a bit more detail about setting it up and linking it to Google Home and Google Assistant. For the price of the Broadlink Black Bean I am very impressed with it's functionality and how it can help to encompass some of your older or non smart home devices into being able to control even more devices by voice from your Google Home.

The first thing one needs to do is get a power source for the Black Bean it comes with a USB cable, but not a power pack, for many of us that's not an issue at all, with most of us having owned a few if not more Mobile Phones in our lives, so have a root around in your power pack draw or ask a friend for a mobile phone power pack that can accommodate a standard USB plug. The power supply will need to be 5 Volt with a minimum of 1 amp to power the Black Bean.

The next step is to connect it to your Router's WiFi, it didn't like my 64 character wifi password even though it has no special characters within it, I was informed that it couldn't be any longer than 32 characters and it couldn't have any "special" characters in the wifi password. No problems, though it was a headache until I knew this lol, so I created a Guest login with a simpler password, so still secure and it gave the Black Bean access to my wifi/internet etc.

All of the Black Bean's setup is done through the Broadlink IHC (Intelligent Home Center) app, both the initial configuration to connect to your router and adding the appliances you want the Black Bean to "take over" of their remotes. Their is another app called Broadlink e-control, but when you go to update that app you end up with the IHC app, so I guess that's the update or the new app they want you to use.


As you can see in the screenshot above I have added three appliances that have IR (Infrared) remote controllers. Remember this is for Infrared Remote Controls, the Black Bean has a big brother that can also handle RF remote controllers, but this is all I need at the moment, so it's what I chose and it's cheaper, the Black Bean cost me about $27 AUD, a bargain as far as I'm concerned.


Yes for each Channel you need to create a scene like directly above except using different numbers of course for the corresponding channels. With this same scene directly above, when I want to go to that Channel which is ABC 24 News Channel, I need to say, Hey Google, Activate TV 24 and it navigates to that Channel. If you look at the same screenshot you will see I've put a 0.5 second delay between selecting the Number 2 and Number 4, seems to work well, but have a play and see if you need a delay or not or if you need a longer delay.

The Screenshot directly above this text show a scene I created to go from "free to air" TV to my Chromecast, I'm still playing with this one, it works but does seem to "mess" up sometimes and get it wrong, so I'll keep experimenting or ditch it, I'll see how it goes.

I'll most likely add a bit more to this but I need to get screenshots and have a play with configuring scenes etc.

Here's some screenshots of how these scenes appear in the Google Home App, they appear under the heading Broadlink Smart Home.


When I want to enable one of these "scenes" by voice through my Google Home/Mini it seems I need to say, Hey Google, activate TV Power or activate TV 9, or activate Aircon Cool, or activate Amp Power etc. So although it's not perfect, it rarely misses a beat and activates exactly what you want and with very minimal lag. The only time it fails is as with other functions, if the Google Homes don't hear you clearly.
Posted by Darin at 16:08:00

I'm not a daily shaver, I shave when I feel like it, so when I was researching double edge razors I felt an adjustable razor might sui... 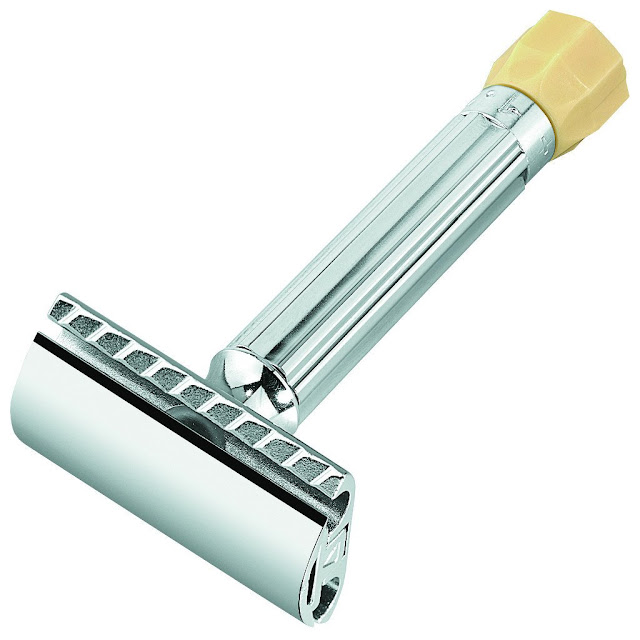 Visitors to this site